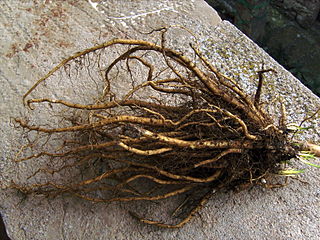 Indigenous to Asia, marshmallow is now found in temperate zones worldwide, preferring salty marshes, fields, and tidal zones. Related to the hollyhock and common mallow, marshmallow is a downy perennial, growing to about seven feet, producing thick, white roots, heart-shaped leaves, and pink flowers. The aerial parts are gathered in summer as the plants begin to flower, while the root is harvested in autumn.

Theophrastus (c. 372-286 BCE) reported that the root was used in sweet wine to treat coughs.

The plant’s sweet, mucilaginous properties were once used to make a type of candy of the same name. The modern marshmallow derives its name from this early sweet, despite no longer containing any of the plant.

It is one of 95 genera in the Malvaceae family, of which all contain a healing mucilage.

Its genus name is derived from the Greek althe, which means “to cure.”

Marshmallow was eaten by the Egyptians and Syrians and mentioned by Pythagoras, Plato, and Virgil.

The ancient Romans used it in barley soup, considering it a delicacy. The plant is credited with sustaining some populations during famines.

It has long been used as a laxative.

Its common names relating to cheese came as a result of the appearance of the seeds. They are a light brown, disc-shaped, and slotted upright in a ring known as “cheese.”

Gargles are used for sore throats and gum inflammations.

Ointment from the root is used for boils and abscesses or burns.

Infusions from the leaves are used to treat coughs, diarrhea, cystitis, and frequent urination, or used externally as an eye compress.

The fresh, crushed flowers (or in an infusion) are applied warm to soothe inflamed skin.

The powder is used as a binding agent in the manufacture of pills.

Syrups are made from infusions to treat coughs.

Decoctions, tinctures, and poultices can be used for all manner of inflammations.

It is commonly used to treat peptic ulcers and gastritis, as well as a variety of other intestinal problems, including regional ileitis, colitis, diverticulitis, and irritable bowel syndrome.

It has long been used to treat inflammations of the bladder, urethra, and ureters. Although not a powerful antibiotic, it does relax the muscular wall of the bladder significantly, causing the release of bacteria that may have been pocketed in the bladder. Recently, it has been recommended as a possible treatment for IC (interstitial cystitis), a new bladder disorder baffling physicians.

The peeled root has been used as a chew-stick for teething babies; and, in Persia, it is used in the manner to reduce inflammation in teething babies.

After steeping, the mucilage from the leaves and roots is used as a soothing product for dry hands, sunburn, dry hair, in lotions, or in facial masks to treat such skin conditions as psoriasis.

A soothing eye compress can be used to soften the skin around the eyes.

Although marshmallow flowers are rarely available commercially, garden hollyhock flowers can be used as an alternative to make expectorant syrups for coughs.

View items on our site that contain marshmallow.